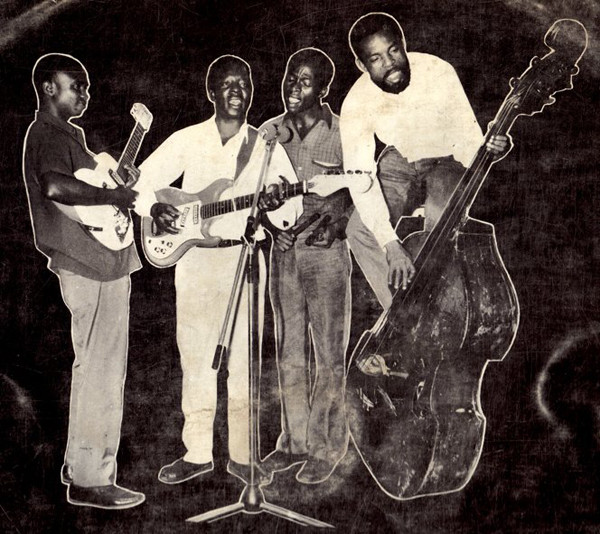 Relax, grab your popcorn and let's go on a journey.

Once upon a time, life in Nigeria used to be simple and fun. In Owerri, a town in eastern Nigeria, there lived a young man called John Obikwe.

John Obikwe was a jovial fellow who loved partying and having fun. He used to frequent all the fun spots and joints in the city.

John Obikwe was tall, dark in complexion and very handsome with thick hair. All the girls wanted him. He used to play the guitar and he expertly plucked the heartstrings of many young women.

John Obikwe had three brothers. He was the youngest of them all.

The Nigerian civil war began in the late 60s and life in Owerri was on the lowest ebb so John Obikwe and his brothers lived a low keyed life, hiding many times to avoid forceful conscription by the Biafran army. The brutal civil war ended in 1970 leaving Owerri the erstwhile capital of the short-lived Republic of Biafra in ruins. The citizens began starting their lives all over again.

By a stroke of luck John Obikwe and his brothers discovered that their late father had left behind a big parcel of land in Port Harcourt. They held a meeting and decided to sell the land and share the money equally among the four of them. They signed the agreement.

The land was sold but unknown to John, his three brothers had resolved not to give him his share of the money. When John got wind of their plan, he confronted them.

John was infuriated. He announced he was leaving the family. He told them he was no longer part of the family. They laughed and mocked him.

John gathered his few possessions and sold them to raise money. He was left with only his guitar.

John teamed up with a friend traveled out of Nigeria.

He relocated to Ghana.15 Banyard street off Yadi layout Accra.

He changed his name. He was now called Eddie Quansa.

He started doing odd jobs to raise money to feed. He began playing his guitar. He joined a highlife band in Accra.

In a few years time, Eddie Quansa was a rich man in Ghana. He married a beautiful young lady named Meena Sarpong, the girl-with-the-chocolate-skin-and-thick-hips. Eddie Quansa became one of the prominent men in Accra. He was a rich merchant and a highlife musician. His band was popular and played at many shows.

News of Eddie Quansa's success reached his family in Owerri. His brothers sent emissaries to beg him for forgiveness.

But Eddie had sworn not to have anything to do with them again. His brothers visited him but they were chased out from his house.

They returned to Nigeria and hatched a plan. They approached a new highlife band in Owerri called the Peacocks Guitar band. They begged the band to write and record a song for their brother.

After months of pressure, the band recorded the track. It was titled "Eddie Quansa" and it became a hit track in Owerri and Eastern Nigeria.

The song was an appeal to Eddie Quansa to return home.

Eddie Quansa heard the record but refused to return back home. He even played the song during his shows.

It was not long after then that the New Masquerade show came on Nigerian Television.

Do you remember the drama series starring Chief Zebrudaya, Ovularia, Gringory, Jegede among others? The producers decided to use Eddie Quansa track as their signature tune. The song became very popular throughout Nigeria because of the show.

Some people say he is dead and is buried in Accra. Some say he is still alive but is living in a secret location in India. Some say his ghost roams Owerri at night. They say if you step out of your house at midnight in Owerri and sing these lines,

The ghost will take the form of a handsome young man with a long beard. The ghost will scream "Mba! I am not coming back!" It will suddenly frown at you baring its teeth and then vanish!

If you are in Owerri do this tonight and get back to us.